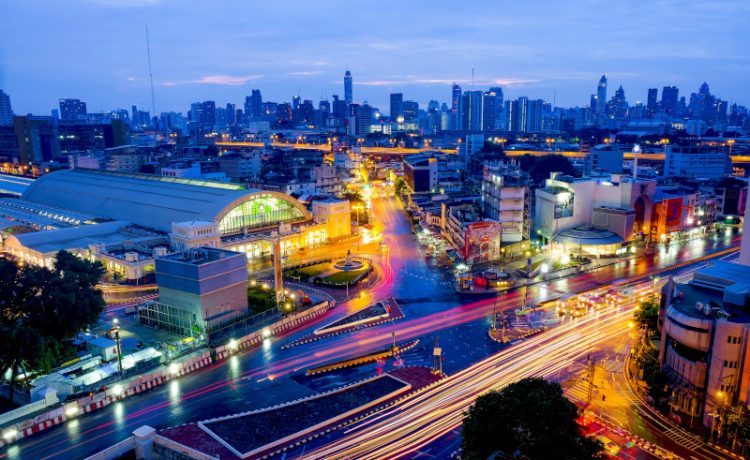 Exports Decline Across the Board

Merchandise exports in Thailand based on balance on payments contracted by 5.6% year-on-year in October compared to a more moderate -4.2% form the month before.

This accelerated decline in exports ended the  the three-month rebound under way since July.

Also on of the main growth drivers of the last few months, exports in electronics, trended lower to 3.5% year-on-year in October after still growing at a solid 9.9% year-on-year in September.

As a result, the kingdom’s current account surplus stood a mere USD 1.0 surplus for October.

In the same period last year, the Chim-Shop-Chai campaign caused a high consumption base.  In comparison, household spending softened in almost every category this year.

Consumption also deteriorated by 1.1% month-on-month basis from September, mainly because of lower spending after special holidays in September had passed.

Due to continued strong external demand for rubber gloves causing elevated rubber prices, farm income surged by 12.2%  year-on-year in October from  9.7% in September.

At the same time, inflation, as expressed in the Consumer Price Index (CPI) edged down by -0.5% year-on-year compared to -0.7% in September. The main reasons were higher prices in oil and in food.

Along with slowing consumption and exports, Thailand’s manufacturing production recovery eased to an October MPI of 0.5% year-on-year. Still, this is an improvement from September’s MPI of  -2.1% year-on-year.

In contrast, the capacity utilization declined to 63.9% from 64.0% in September.

In line with lower capacity utilization, Thailand’s Private Investment Index (PII) receded by 4.9% year-on-year in October from only -2.0% year-on-year the month before.  Also, the PII worsened in all investment categories except construction materials.

Thailand’s abrubt economic recovery of the last few months will likely remain just that, the past.

From now on,  a Thailand economic recovery will rather advance in incremental steps.

A first reason is that activities have returned to almost normal with heightened post lockdown demand already faded.

A second reason for a dwindling economic recovery in Thailand lies in the fact that most economies still experience declining  tourism income and fragile consumer confidence as conrona virus infections are on the rise for a second wave.

And while there have been promising news about vaccines putting an end to the pandemic, it yet has to be seen how further development and distribution will play out in reality.

Thailand merchandise exports contracted 8.2% in August year-on-year based on balance of payments (BOP). However, this latest dip is  an...