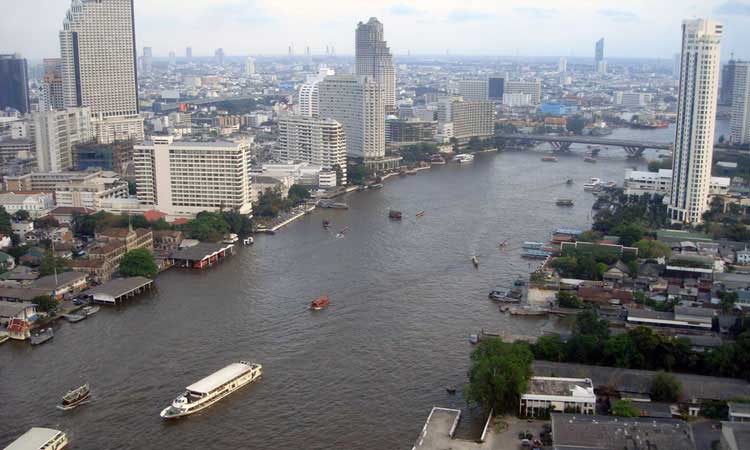 Special promotional offers may entice home buyers after the number of unsold residential properties held by most Thailand property firms increased in the first quarter of 2011 from the fourth quarter of 2010.

The unsold inventory amounted to nearly THB200 billion (US$6.6 billion) in the first quarter of 2011, according to The Nation.

Meanwhile, demand for new residences dropped 7 per cent, quarter on quarter.
The first quarter financial reports of listed real estate firms reveal an increase in inventory by an average of 5 per cent compared with the last quarter of 2010, with some firms recording averages 10 per cent higher.

Property experts predict that even with no new supply on the market, it would take two and a half years for the market to absorb the surplus.

Pruksa Real Estate reported inventory worth THB32.39 billion (US$1.07 billion) in the first quarter of this year, up by 16.5 per cent from the fourth quarter of last year. Land and Houses Plc announced an inventory 10.5 per cent higher, while Sansiri’s inventory rose by 5.4 per cent.

Pruksa Real Estate’s director and chief business officer Prasert Taedullayasatit said that most of his company’s inventory was undeveloped land within existing property project sites. If the financial results showed only developed residences that were ready for occupation, the company’s inventory would be worth between THB1.5 billion (US$49.4 million) and THB 1.7 billion (US$55.9 million).
However, he agreed that demand for residences had fallen in the first quarter of this year because of higher costs of living and interest-rate rises. These issues led home-buyers to delay their purchases, he said.

Prasert believes the property market will recover in the current second quarter, thanks to the government’s soft-mortgage programme, offering interest-free conditions for the first two years of mortgages for first-home buyers.

According to a survey by the Real Estate Information Centre, the collective inventory of unsold residences in Bangkok and its suburbs amounted to 1.38 million units at the end of 2010. Half of those, or 67,000 units, were townhouses; 37 per cent, or 53,130 units, were single detached houses; 9 per cent were twin-houses, 3 per cent were commercial buildings and the remaining 1 per cent was undeveloped land.

The centre also found that registrations of new residences were 21 per cent lower in the first quarter of this year than in the same quarter of 2010. It said this was a result of home-buyers delaying purchases because of rising costs of living and interest rates.

With a huge inventory on the market, most property developers are offering special promotions to boost sales in the current quarter.

For example, Pruksa Real Estate has launched different sales campaigns at its various project sites, including discounting prices by as much as THB100,000 (US$3,300), offering free furniture and mortgages that are interest-free for the first six to 12 months.

The company is also trying to broaden its customer target by focusing on freelance workers who have earnings but are unable to show the monthly salary statements that are usually required by financial institutions.

Property Perfect has launched two low-cost finance packages in a bid to boost its presales to THB6 billion (US$197 million) in the first half of the year. One scheme offers mortgages free of interest for the first year for people who buy units from its I Condo project between now and June 30. The second offers mortgages with only 1-per-cent interest for the first two years to buyers of homes worth more than THB3 million (US$99,000) at any of its projects. The offer is already open and runs until June 5.

Asian Property Development is also offering mortgages with interest-free periods in an effort to speed up the transfer of completed condominium units to customers in the current quarter.

Most property firms expect higher sales in the current quarter than in the first three months of the year.