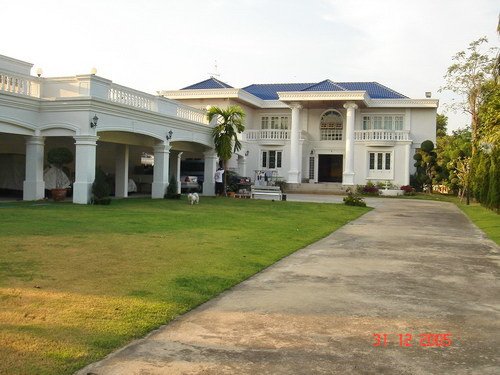 “We support the Joint Foreign Chambers of Commerce in Thailand, which raised the issue of foreign ownership and sought to improve inbound real estate investment into Thailand,” said David Simister, chairman of the property agency CB Richard Ellis Thailand.

Typically, foreign buyers represent approximately 20% of the Bangkok condominium market while in areas such as Pattaya, market demand is 80% foreign versus 20% domestic.

The one location where foreign and local demand is equal and can comply with existing legislation that restricts foreign freehold ownership of a condominiums to 49% of sellable area is Hua Hin. In Phuket, demand for resort property is virtually all foreign.

“The impact of an effective improvement in foreign ownership legislation on the construction industry, the real estate sector, and associated services would be significant,” CBRE said in a report. “Properly handled, the contribution to the wider Thai economy could be significant without any material risk to issues of sovereignty or adversely affecting social or economic conditions.”

Given the fragile global recovery, any incremental income that can be gained from international investment should not be ignored, said Mr Simister.

Probably the major change in terms of encouraging inbound foreign investment in resort or investment property would be to allow Thai banks to lend to foreign purchasers against the security of Thai real estate, he said.

“This would have considerable benefits as all current inbound investments are on a 100% cash basis. This would benefit residential developers, resort developers, construction contractors, and the Thai banking system.”

Mr Simister said CBRE supported “sensible” restrictions and controls to limit the level of debt, while banks could charge foreigners a premium over Thai borrowers, probably one to two percentage points.

The 49% foreign ownership limit in a condominium is intended to prevent foreign control of landed property. If, however, in certain areas, such as resort markets, the ownership ratio were increased to match market demand, there would undoubtedly be a significant increase in foreign investment.