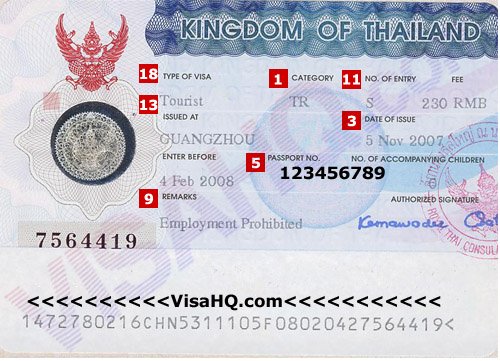 Travellers could soon be able surf in Bali, shop in Singapore and eat spicy street food in Thailand before crossing into Cambodia and cruising the Mekong in Vietnam – all on a single tourist visa.

The Association of Southeast Asian Nations (ASEAN) is working on a plan that would open the region to foreign tourists in the same way Europe’s unified visa system has streamlined travel.

“You would just have to apply for one visa and you could then visit all the countries using that visa,” said Eddy Krisneidi, an official at the Jakarta-based ASEAN Secretariat, which recently released its Tourism Strategic Plan for the next five years.

With attractions ranging from jungle-covered temples at Angkor Wat in Cambodia to five-star beach resorts in Bali, Southeast Asia is a region that tempts travellers from all walks of life.

Analysts say visitor numbers could be boosted by slashing the time-consuming and confusing visa requirements for each of ASEAN’s 10 countries, which range from vibrant developing democracies to isolated, military-dominated Myanmar.

While some allow foreigners to simply purchase visas on arrival, others require wads of paperwork, photos and up to a week to issue the required stamp.

“One of the major concerns of the industry, as well as visitors, is the difficulty of obtaining visas, a series of widely differing regulations and information needs for visas,” ASEAN’s strategic plan states.

It is a view shared by Stuart McDonald, who runs an online travel forum for Southeast Asia.

“One of the most common questions that we see on travelfish.org is people asking visa questions: What kind of visa can I get? How long is it valid for? What does it cost?,” said the Australian who travels extensively in Asia.

“The rules change all the time and it introduces a level of uncertainty and confusion that the industry can do without.”

The concept of a single visa has wide support among tourism bodies across Southeast Asia.

“It would definitely benefit all the countries in this region, especially Thailand,” Tourism Authority of Thailand governor Suraphon Svetasreni said, noting that Thailand is a “good strategic location” for overland travelling as it acts as a bridge to other countries.

Svetasreni said it is only a matter of time until the region’s visa system is liberalised.

“ASEAN will be considered as a single destination, so it makes sense to apply for a single visa to travel to any country in ASEAN,” he said.

Despite its appeal, others are less optimistic that a single visa will become a reality anytime soon.

“Travel procedures have to be simplified but it is not going to be easy because each country may have their own foreign policy,” Malaysian Association of Tour and Travel inbound tourism vice president Arul Das said.

ASEAN is yet to outline the cost or length of stay for its planned single tourist visa. But it acknowledges it could take several years to introduce.

“The establishment of such a visa will not likely occur in the next five years due to barriers of technology, political issues, concerns of sovereignty and security and the different visa systems in the member states,” its strategic plan states.

The single visa is one of several initiatives being worked on by ASEAN to boost tourism in the region.

The organisation is also overseeing the creation of regional tourism standards which would apply to things such as accommodation, food and public toilets.

“There are already clear indications that major tour operators are now very much concerned with a wide range of standards in a destination,” the plan states.

“Those destinations that are able to satisfy those increasingly high standards will have a distinct position of advantage.” (AFP)