But the bank downgrades growth and inflation outlook

Last week the Monetary Policy Committee  (MPC)  collectively voted to keep the Thailand policy rate steady at 1.50%. Compared to the previous month’s split votes (5-2) the committee’s decision was unanimous, perhaps easing the way for further cut rates in the future.  In a prior survey by Bloomberg,  21 out of of 29 economists forecasted that the Bank of Thailand (BOT) would keep the rate unchanged. Only eight economists expected the BOT to cut rates to  1.25%. 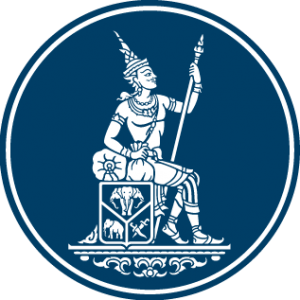 Observers in favor of further rate cuts made the case that outlooks for growth and inflation had deteriorated recently.

Can We Expect Further Cuts in the Thailand Policy Rate?

Despite further monetary policy easing in various central banks including the ECB, the Federal Reserve, Bank Indonesia, and BSP of the Philippines and State Bank of Vietnam, the Bank of Thailand resisted continued easing.

According to the BOT, inflation is likely to miss the lower band of the target (1.0%) because of lower energy prices and softened domestic demand.

The Continued Strength of the Thai Baht Remains a Concern

Market observers expect the BOT to further cut policy rates in the nears future despite already having cut the Thailand policy rate back in August. The BOT is well behind the aggressive easing from central banks around the globe which might add increasing pressure for the BOT to adjust its rates.  If growth and inflation continue to weaken, a rate cut could address two issues in one go. On the one hand, it would support growth and the inflation rate, and on the other hand, it would weaken the persistently strong Thai baht. It is unlikely, however, that the MPC will undercut the historic low rate of 1.25%.

The Thai baht has remained one of the best performing currencies so far this year.  The baht has not only soared 6%  against the USD this year, but even more against other currencies such as the Korean won, the British pound, and the Euro.  The strong Baht is of concern to the BOT as it hurts exports and tourism.