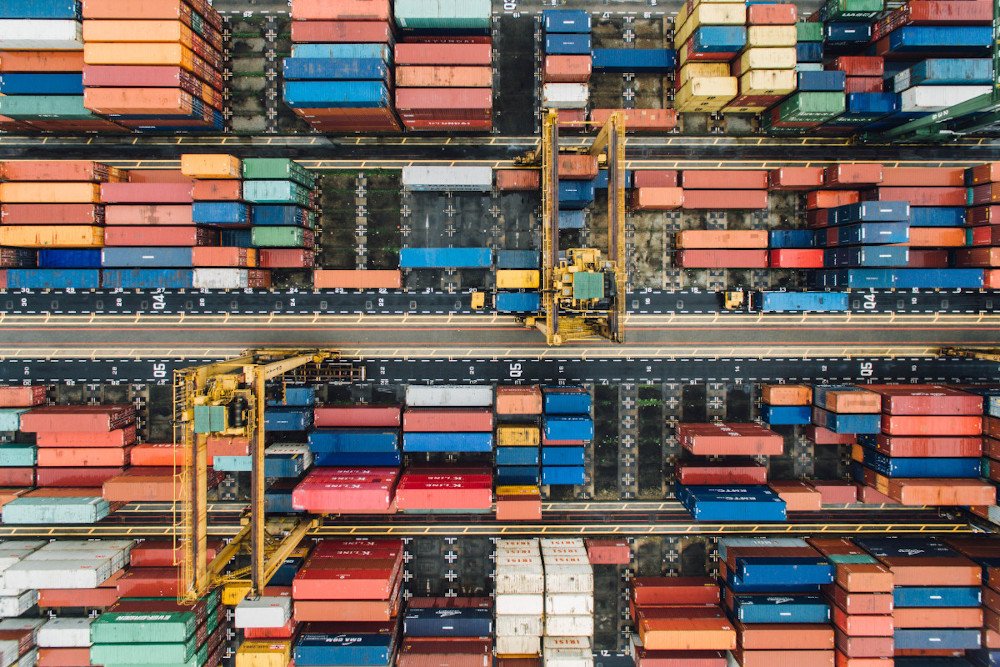 2.91% year-over-year for the first six months of 2019.  An earlier Bloomberg survey consensus of a 5% contraction promoted some observers to interpret the decline as a positive surprise.

Removing the temporary distortion due to arms exports from the trade calculation, June 2019 marked the eighth consecutive month of declining exports since November 2018. Analysts say that this contraction reflects weak global demand combined with the US-China trade war.

It was the surge in gold exports of 317% year-over-year when the gold priced climbed to its highest in years that resulted in June export figures turning out better than expected. Without the extraordinary impact from the gold exports,  the drop of June exports would stand at -9.6% year-over-year and first-half exports at -4.7% YoY.

The contraction in exports occurred in a broad base of products that included automotive and parts, computers and parts, electronics as well as chemicals. Only rubber exports advanced by a respectable  1.5% year-over-year, given the overall challenging environment that saw other commodity exports fall sharply. Thai rice exports declined by 35% year-over-year, tapioca by 18% year-over-year and sugar receded 19% year-over-year.

On the whole, Thai exports to leading trading partners slumped significantly in the first half of 2019.

Exports to the US increased by 17.3% from one year ago. This increase is a partial trade substitution and reconfiguration of global supply chains as envisioned by the Trump administration.  On overall balance, however, direct and indirect impacts from the trade war weight heavily on Thai exports. The trade substitution to the US has not been able to balance out the loss in exports to other trading partners. 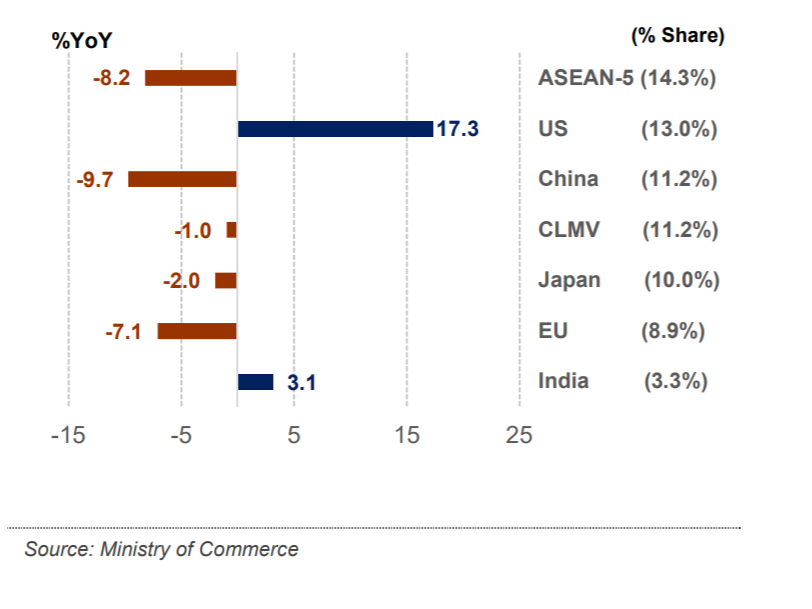 The continuous firm valuation of the THB  did not make things easier for Thai agricultural products that are always subject to high price sensitivities in the market.

The ministry of commerce rang a supportive tone in the June trade press release, referring to a more positive perspective for Thai exports. The department also announced a range of export promotion measures planned for introduction.

Bangkok Bank researchers maintained a less favorable view of the second-half performance of Thai exports and revised a previous projection of 0.5% growth in exports downwards. Citing that based on their prior forecast of 0.5% growth, exports in the second half of 2019 would have to accelerate by an ambitious 3.9%, which is rather unlikely in the current trade environment. Even with a projection of 0% export growth, exports in the second half of the year would have to increase by 2.9% on average each month. Bangkok Bank researchers said they are therefore more comfortable with a new projection of a 1% contraction in exports for 2019, which still implies growth in exports of 0.9% for the second half of the year.