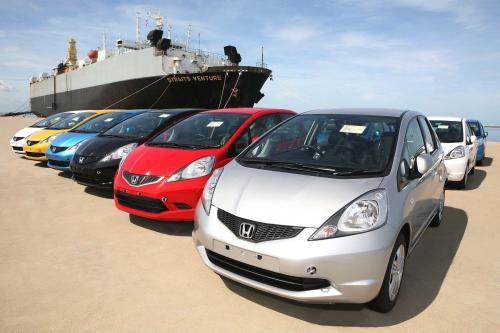 Thailand’s vehicle output from April through June could be slashed by as many as 150,000 units, leading to a Bt75billion loss in revenue, as all carmakers have to run at half capacity because of the disruption in the supply of parts from Japan.

Wallop Tiasiri, director of the Thai Automotive Institute, said the revenue loss was based on the average carprice estimate of Bt500,000 a unit, and this would be shared by carmakers and local parts suppliers.

The largest auto company, Toyota Motor Thailand, announced yesterday that it would suspend operations at its three plants on Mondays and Fridays between April 25 and June 4, as a result of the parts supply shortage following the March 11 earthquake in Japan. Production at the three plants in Samrong, Gateway and Banpho from Tuesdays through Thursdays will be carried out at about 50 per cent of normal capacity.

“During the period of suspended production, all workers from both shifts will work as normal,” said Vudhigorn Suriyachantananont, senior vice president. “The company will provide and conduct training courses and activities to enhance their skills to prepare them for the situation once it is back to normal.”

After June 4, it will then review the situation and adjust the production schedules accordingly.

Its parent company in Japan also announced that production should return to normal by December at the latest. Toyota, Honda Motor and Nissan Motor are working to restore full plant operations in Japan and at factories abroad that are running short of parts after the earthquake and tsunami.

Witoon said the ministry was concerned about the situation of workers in this industry. All automakers attending the meeting yesterday insisted that they would not lay off workers, though overtime would be cancelled. They will use the time to train their workers.

“They’ve learned from the [2008 global financial] crisis that if they lay off employees, it will be difficult to recruit once production returns to normal,” he said.

Witoon said another area of concern for the ministry was the situation of small autoparts makers. The ministry will meet with local parts makers next Thursday.