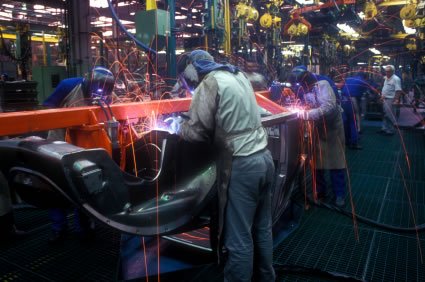 Thai auto exports in September slumped by a third year-on-year but posted the highest monthly figure for 2009 amid signs of an improving global market, an industry group said Tuesday. The Federation of Thai Industries (FTI) auto club said vehicle shipments fell by 33.71 percent from the same month last year to 49,542 units. Despite the plunge, exports were up 14.72 percent from August, and more units were sold in September than in any previous month this year. “The market in Asia and Australia is improving and there are more orders from the European market,” said auto club spokesman Surapong Paisitpatpong. In terms of value, the auto exports in September registered at 23.9 billion baht (798 million dollars), down 30.04 percent fall year-on-year. For the first nine months of this year Thai vehicle shipments plunged 39.29 percent from a year earlier to 363,987 units.