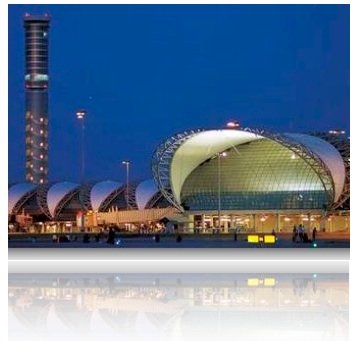 Bangkok’s ‘showpiece’ airport is still beset by ongoing problems, from long queues to taxi scams to overpriced food. Will it ever change?

It was supposed to be the nation’s pride and joy, a grand first impression for foreign visitors. But ever since Bangkok’s Suvarnabhumi International Airport came into existence, it has been plagued with problems.

First, there weren’t enough toilets. Then came reports about cracked runways. Later it was occupied for weeks by anti-government yellow-shirt demonstrators – a move that brought regional transportation to its knees.

Today, the airport is still beset by problems. The “Tweeple”, in their “tweets” to Nation Group editor-in-chief Suthichai Yoon, have made their voices heard, and we at The Nation thank them for speaking out. If anyone doubts their words, then one should visit the airport and take a look around.

Take the situation with taxis, for example – a problem which, it seems, will never go away. Not only has the pick-up point been moved up and down several times, the drivers still have yet to find any common ground with the airport authorities, or the passengers for that matter.

Quite simply, wouldn’t it be plain common sense to place the pickup point on the arrival floor – like all other international airports do?

Some meter-taxis continue to refuse passengers who, legally, want to pay by the meter. For some passengers the only option is to hire a vehicle at an inflated price or resort to the still inadequate public transport services. Why put on a meter in the first place if the driver is going to overcharge passengers with luggage. Besides this, it seems that the only destinations they know are the five-star hotels in Bangkok or Pattaya. Another option is to hail a cab that drops off passengers on the departure floor. But then these drivers only want to pick up foreigners on their way to Pattaya. And let’s not forget the speeding cars that pay no heed to the pedestrian crossings between the terminals and the car park.

The airport express train was created so that passengers can avoid Bangkok’s notorious traffic, but this lacks convenient access at many stations and is basically useless for anyone carrying more than one item of luggage.

Once inside the airport, passengers are subjected to slow and outdated procedures at long immigration lines, where delays of an hour are common. The security checks are no quicker, unless you are one of the handful of privileged passengers permitted through the express VIP lane.

Beyond immigration and security, food outlets are outrageously expensive. A small mineral water costs Bt55 per bottle. How about the authorities putting a cap on rentals and thus the food price?

Ever since the US got stricter on visas for people from Islamic countries, many Muslims have chosen Thailand as their choice of destination for vacations and business. But while there is a prayer room at the airport, there is no halal food visible in the terminals. There are halal stalls at a food court in the basement, where fair prices are charged, but how many people would know about this hideaway place if not for word of mouth.

Many of the “tweets” complain about dirty toilets. Here is a problem that shouldn’t be too hard to solve. If they can charge extortionate prices for commercial rentals, surely the authorities can hire more cleaners with the money they are generating. It is doubtful that the cleaning staff get decent pay. Besides the lack of proper facilities for disabled people, how about providing diaper-changing facilities for parents travelling with infants?

Luggage handling is another problem. Even with “fragile” signs posted on them, bags and packages are often damaged. If the baggage-handlers aren’t proficient in simple English, a drawing of a broken glass should be enough. That should be one of the first things taught in the job orientation. Security guards are all over the airport but the only thing they seem to be good at is blocking off certain escalators. The Nation website