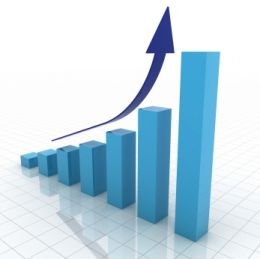 The Federation of Thai Capital Market Organisations (Fetco) expects the Thai bourse in 2013 to exceed the record high achieved before the 1997 Asian financial crisis, thanks to likely sustained levels of inflation and interest rates and listed companies gaining a higher return on equity as a result of investment expansion.

In 2013, the Stock Exchange of Thailand (SET) Index is expected to hit a new high of 1,750 points, Fetco chairman Paiboon Nalinthrangkurn said yesterday.

The prediction is down to the Thai economy’s recovery over the past two years, which has boosted listed companies’ investment, and the expectation of sustained levels of inflation and interest rates, he said.

Listed firms’ return on equity could, as a result of increased investment, rise to 20 per cent in 2013. The current figure is about 16 per cent.

This year and next, the SET Index might not rise too dramatically after the surges in regional stock markets, including Thailand, over the past two years, Paiboon said.

Besides, each country faces the spectre of rising inflation and central banks have been raising their benchmark rates, pushing foreign investors to shift investment to other stock markets, he said, adding that regional central banks are expected to pause rate hikes to tame inflation next year.

The SET Index has soared 150 per cent in the past two years despite interest-rate increases, and is expected to rise 20 per cent to 1,180 points this year, and then touch 1,400 points next year, he said.

Thailand’s policy rate is likely to reach 3.25 per cent by this year-end, and 4 per cent by the close of 2012. Corporate earnings growth is estimated at 15-20 per cent per annum.

“This year, it is not easy for the SET Index to pass 1,200 points. Tisco maintains its target for the index at 1,180 points, as this year’s corporate earnings growth may be revised down from the current estimate of 15-20 per cent on rising oil prices and higher-than-expected inflation. These affect businesses,” said Paiboon, who is also chief executive officer of Tisco Securities.

His optimism is in stark contrast to the current situation. Due to quake and tsunami, Japan is expected to show an economic loss of over US$100 billion.

Yesterday, the Bank of Japan (BOJ) pumped Y8 trillion into the financial system to soothe money markets shaken by the disaster, after injecting a record Y15 trillion on Monday. The injections have helped stabilise currency markets. The yen rose versus a majority of its most-traded counterparts on radiation fears, boosting speculation domestic investors will bring home overseas assets.

But stock markets dived for a second day as investors unloaded assets amid escalating worries of a nuclear crisis. Japan’s shares tumbled, with the Nikkei 225 Stock Average and Topix index suffering their third-worst daily declines in history, on record trading volume as concern grew about the safety of nuclear plants damaged by the country’s worst earthquake. The Nikkei 225 Stock Average fell 11 per cent to 8,605.15 at the market close in Tokyo, the lowest since April 2009. It earlier declined as much as 14 per cent, its biggest intra-day slide since the stock-market crash of October 1987. Other Asian stocks slumped in tandem, including the Stock Exchange of Thailand, which lost 19.79 points, or 1.93 per cent, to close at 1,003.10 with turnover of Bt37.65 billion. Foreign investors were net sellers of Bt974.46 million in stocks.

To Paiboon, although the SET Index may edge down, it is likely to stay above 900 points this year. There is the likelihood of a recovery in the second half after a clearer trend for interest rates emerges and following the general election, which could alleviate domestic political problems.

This week, the SET Index is likely to be volatile after falling in tandem with its regional peers on concern over the impacts from Japan’s devastating earthquake and tsunami, he said.

Foreign investors are focused more on Japan’s fiscal stance, as the country faces a huge challenge in financing a rebuilding programme without expanding a public debt that is already the industrialised world’s biggest at around 200 per cent of the nation’s gross domestic product. (The Nation)