If you are importing to or exporting goods from Thailand, you will have to apply for an Import Export License (also called Customs Card) which is valid for three years.

The import/export department of a shipping company will scrutinize your licenses before departure/arrival. In case you wish to export goods from Thailand and do not possess an export license, well,  you cannot ship! If your plan is to import goods to Thailand the minimal prerequisite is an import license. Many goods, however, require an import permit as well.

The Gold smart card is for importers and exporters; the Licensed Customs Brokers get the silver; the smart yellow card is for the owner or manager; the attorney receives a green card, and the customs clearance card is pink. 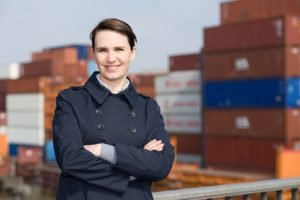 Import and Export Regulations  in Thailand

Specific regulations are governing the import and export of goods into and out of Thailand. However, trade in certain items is restricted through outright prohibition, the imposition of duties or licensing requirements. Thus, the export of unmilled rice and rice bran is expressly prohibited. Other goods, such as rubber, timber, rice, hides and skins, silk yarn, and iron scrap may be sold to foreign buyers, but duties must be paid on them. To export certain items, such as gold, cattle, or sugar, one must secure a license from the relevant government authorities.

The Ministry of Commerce designates classes of goods that are subject to import controls, which usually take the form of permission and licensing. Although these controls are being liberalized, at present more than 50 classes of goods require import licenses from the Ministry of Commerce. These categories are frequently changed through notifications from the ministry. A license to import any of the specified items must be secured from the Ministry of Commerce. Application for the license must be accompanied by a supplier’s order, confirmation, invoice, and other pertinent documents.
In addition to the Act imposing the above controls, some goods are subject to import controls under other laws. These include:

•    The import of modern drugs requires prior licensing from the Food and Drug Administration under the Ministry of Health.
•    The Minerals Act stipulates that without appropriate permission, an importer is prohibited from importing tungsten oxide and tin ores and metallic tin in quantities exceeding two kilograms.
•    The Ancient Monuments, Antiques, Objects of Art and National Museum Act provides that antiques or objects of art, whether registered or not, must not be delivered without permission from the Director General of Fine Arts.
•    The Armation,  Ammunition, Explosives, Fireworks and Imitation Firearms Act bars people from producing, buying, using, ordering or importing armations or ammunition or explosive devices unless they have the appropriate license from the Ministry of Interior.
•    The Cosmetic Act stipulates that for protection of public health, any importer of controlled cosmetics must provide the name and location of the office and the place of manufacture or storage of the cosmetics, the name category, or kind of cosmetics to be imported, and the major components of the cosmetics.

The Act Controlling the Importation and Exportation of Goods authorizes the Ministry of Commerce to subject products to export control. At present, close to 50 items require such control.

Exporters of agricultural commodities may find that membership in trade associations is mandatory, and they may impose their regulations for membership.