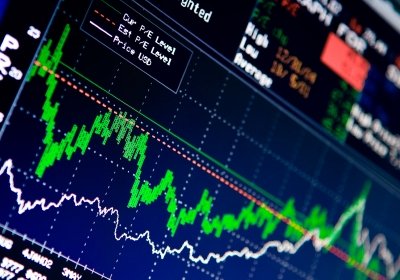 Monrat Phadungsit, president of One Asset Management, said market sentiment last week abruptly changed due to several factors. One of them was the release of US economic figures and the imminent end of its quantitative easing measures.

“We have to see whether the US moves will pull foreign funds out of emerging markets,” said Mr Monrat.

He said the sharp fall on Friday in global equities markets, including the Stock Exchange of Thailand, was caused by disappointing US jobs data and signals that Opec would raise its oil output. This led to oil prices falling 10% and commodities including gold and silver plunging.

“This should be a short-term reaction by the markets. But for the long term, it should be a positive factor as lower oil prices mean less inflation, which should propel the country’s gross domestic product,” he explained.

Over the short term, commodities stocks are likely to face corrections but they should arrive at suitable levels soon, he said.

“For the long term, the Thai economy is still sound and inflation is manageable. Even if overseas investors leave the Thai bourse, they will come back.”

As of May 4, he said, the SET’s price-to-earnings ratio (P/E) stood at 12.8 times, down from about 15 earlier in the year and an appealing figure for foreign investors.

He recommended investors start accumulating stocks or mutual funds when the index drops to around 1,025 to 1,030 points.

Currently the SET is risky because it has risen a lot lately, he added.

Sanupong Sutadthammakul, fund analyst at Phillip Securities, agreed the SET would remain volatile for the next few weeks and it could slip further.

Key factors pressuring the market include concern about the economic recovery of the US, its currency and oil prices. He said investors needed to monitor the reaction of the US government after quantitative easing ends in June. The EU debt crisis and the poor US employment data also affect sentiment.

Mr Sanupong believes the Thai stock market is still interesting for long-term investment. The support level should be around 1,020 points while the resistance level is 1,150 points.

In the meantime, investors should avoid index funds and stick with funds that have stock selection strategies.

“Those wanting to invest in long-term equity funds (LTFs) might wait until the index touches its support level and then start accumulating,” he suggested.

The investment trend now is moving away from large-cap stocks to small- to medium-cap offerings.

“Investors should take a long-term investment approach, because the market will remain volatile in the short term,” Mr Sanupong cautioned.

The death of Osama bin Laden won’t have a big impact on local sentiment, but it is possible more terrorism threats could cause volatility in global markets.

Prasert Kanopthamchai, chief investment officer at Kasikorn Asset Management, said stocks in the petrochemical and energy sectors had gained so much that the brokerage shifted to banking and other medium- to high-growth sectors.

“We have quite similar investment policies for most funds, so the return on each fund is not so different. However this year the market is more volatile than last year, so the expected returns should not be as high as last year,” Mr Prasert said.

He expects the SET will continue to be driven by foreign fund inflows. However, the market might sag in the second half as US economic growth moderates.

He does not foresee border tension with Cambodia affecting investment sentiment.

KAsset will likely launch a new global equity fund focusing on India because of its burgeoning growth.

As a rough guide, he recommends investors allocate 60-80% to equities, with 10-20% of that overseas. Some 5-10% should be invested in commodities with the rest in short-term fixed income.