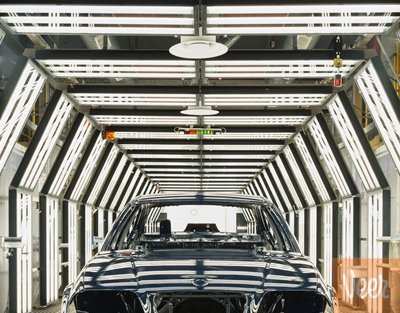 The local automobile industry recovered in September as industry-wide production surpassed the 100,000-unit mark for the first time this year. Vehicle exports also posted the highest level for the year last month, according to the Federation of Thai Industries (FTI). Production in September totalled 103,390 units, down 16.5% year-on-year but up 22.8% from the previous month. “The highest production in September was attributed to local vehicle sales, which picked up significantly to 48,649 units, the highest in 16 months,” said Surapong Paisitpatnapong, a spokesman for the FTI’s automotive industry club. While exports for the month dipped 33.71% year-on-year to 49,542 units, the figure was 14.72% higher than in August, he added. Asia and Australia were the only two export markets for Thai-built vehicles showing signs of improvement, as the export contractions for both markets became smaller in September.

Vehicle exports to Asia in September contracted by only 8.8% year-on-year compared to the largest contraction of 55.6% in May. Sales to Australia fell 0.8% compared the largest contraction of 55.9% in March. Other markets including Europe, the Middle East, Africa and Central and South America showed no signs of improvement in September. Exports to Europe fell 77.6% year-on-year, the poorest showing among these markets. Mr Surapong said vehicle exports were expected to meet the target of 510,000 units for 2009 as actual exports reached 363,987 in the first nine months. “So, it seems it will not difficult for the industry to make it,” he said. As the industry shows signs of steady recovery, he said total local automobile sales for 2009 were expected to slightly exceed the earlier modest target of 480,000 units, probably reaching 500,000 to 520,000 units. Production could exceed the 940,000- unit target by a small margin but would not hit the one-million mark, he said.