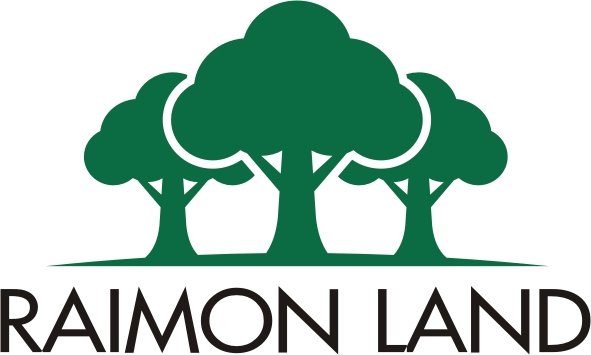 Raimon Land PLC (‘Raimon Land’ or the ‘Company’) today announced its full year financial results and sales performance figures for 2010. Raimon Land returned to profitability in 2010 after loss in 2009, registering a consolidated net profit after tax of Bt 153 million, versus a net loss of Bt 274 million in 2009. The Company’s EBITDA was Bt 337 million in 2010 versus a negative result of – Bt 79 million in 2009. The turnaround was primarily the result of a 21% reduction in selling, administrative expenses, a 12% increase in recognized sales revenue from Bt 3,099 million to Bt 3,471 million and the adoption of deferred taxes.

Thanks to improved cashflow performance, Raimon Land was able to achieve a major reduction in gearing. By year-end, the Company’s total consolidated net interest-bearing debt was cut by Bt 1,244 million versus the previous year-end with the ratio of net interest-bearing debt to shareholder’s equity falling from 2.1 times to 1.5 times. The Company’s debt profile has also been restructured with refinancing of nearly all debt on a long term basis and at a lower cost. Whereas at year-end 2009 over 68% of the Company’s interest-bearing debt was due within one year, by year-end 2010 short term debt was reduced to less than 1% of the total. Raimon Land’s overall financing cost in 2010 was also 8% lower than in 2009. The company will continue to strengthen in 2011.

The combined target sales value of all current Raimon Land projects at various stages of development is Bt 32.4 billion or approximately US$ 1.1 billion. By year-end 2010 around 51% of total sales value (Bt 16.4 billion) had been contracted and 24% (Bt 7.7 billion) had been received in cash. This leaves Bt 8.7 billion (approximately US$ 290 million) in cash proceeds from secured sales for collection over the next two to three years and Bt 16 billion (over US$ 500 million) in future sales contract potential from existing projects.

In Bangkok, by year-end, 71% of the saleable area at The River project had been sold (equivalent to Bt 10.0 billion) and 32% of 185 Rajadamri (Bt 2.9 billion) launched in the third quarter of 2010. In Pattaya, Northpoint sales reached 73% by year-end (Bt 3.5 billion) and the Zire Wongamat project was 21.2% sold (approximately Bt 0.6 billion) as of end February after its launch on 13th January this year. See Annex II for details of the status of Raimon Land projects as at 31st December 2010.

Mr. Hubert Viriot, Chief Executive, commented on the results for 2010 and the implications for Raimon Land going forward: “In 2010 we completed the corporate rationalization programme which we first launched in mid-2009. Overheads and marketing costs have been substantially reduced. We have taken steps to simplify and restructure our portfolio to ensure 100% ownership of all core projects and to improve operating efficiencies. Debt has been refinanced on more sustainable terms and shareholder loans have been reimbursed. Most important of all, our market share increased significantly owing to greater focus on Thai customers. Our strong sales performance in 2010 and positive net earnings provides some encouraging evidence that this strategy is working.

Going forward, Raimon Land has nearly 25 billion baht in ‘cash’ revenues to collect from existing projects alone. On top of this we are planning a regular programme of new launches in both the ‘high-end’ and ‘top-end’ market segments – at least one new project per year. Given our much leaner cost base, the net result of all this should be very clear: a large and sustainable surge in the Company’s net cashflow in the years ahead.

While there will be a lot of discussion in the Thai real estate sector this year on the impact of changes in accounting rules, these changes are essentially cosmetic. There is no impact on cashflow. From a ‘discounted’ cashflow perspective I think a growing number of analysts will agree that our current share price really makes no sense at all. Our share price is still a reflection of the problems we faced in 2008, but a lot has changed since then. We anticipate a fundamental rerating of our share price by 2012 if not much sooner.” (Raimon Land website)