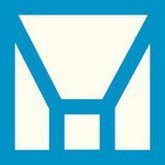 The National Housing Authority (NHA) plans to launch a mortgage loan for homebuyers who want to buy residential units but cannot apply for mortgage loans from commercial banks.

He added that the NHA would borrow money from a bank to support the program.

The project will provide loans for customers who buy units in the NHA’s Baan Uaathorn housing projects at an average price of Bt500,000 per unit, a combined 90,000 units until 2013. Currently, the NHA provides a hirepurchase program for 33,000 homebuyers who cannot apply for a mortgage loan because they are freelance and do not have monthly statements from the bank. However, they have to pay interest rates over the market average of 12 per cent, he said.

Meanwhile, the NHA also plans to open bidding to find private firms to develop 11 new residential projects on its land worth Bt5.7 billion this year and the next. It will also sell about 1,500 rai of undeveloped land worth more than Bt2 billion in the next year.

This is aside from its Cabinetapproved business plan to generate income to write off its debts worth Bt40 billion within two years. The NHA has shouldered a large amount of debt since 2003 when the government launched the Baan Uaathorn campaign. The NHA now has a debttoequity ratio of 7:1.

The NHA will continue to develop the Baan Uaathorn project after the Cabinet approved a target to develop 281,556 units up to the year 2013. The NHA is now developing 253 projects nationwide with a combined 242,149 units.

Meanwhile, the NHA also plans to develop 53 residential projects with a combined 62,325 units worth over than Bt70 billion in the year 2015. This will boost revenue and generate net profits of at least Bt1 billion a year. The NHA is targeting revenue this fiscal year (October 2010 to September 2011) of Bt20 billion and net profits of Bt1 billion.

Vitoon believes total revenue will achieve the target, given that revenue of Bt8 billion and net profits of Bt800 million were recorded in the first six months of this fiscal year.

“Our customer targets are the lowincome market, who represent about 68 per cent of new residents, making about 300,000 units a year nationwide,” he said.