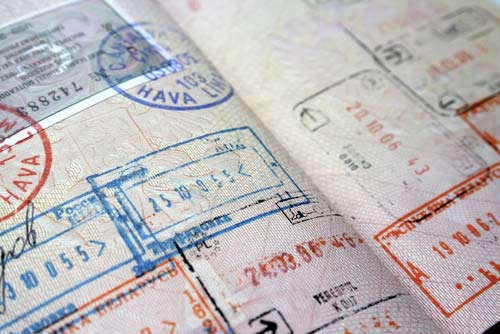 According to the Deputy Director, the Thailand Ministry of Education is warning all schools who offer Education Visas to foreigners to be legitimate and make sure students adhere to attendance and testing requirements.

At the Pattaya City Expats Club meeting on Sunday, Immigration Volunteer and former British Consul Barry Kenyan stated the problem with Education visas as he observed it first-hand in the local Immigration office on Jomtien Beach Road, Soi 5.

“A guy came in and wanted to renew his Education visa for a 7th straight year. He waited in the queue and when it was his turn he sat at the Immigration officer’s desk in charge of Education Visas. He had all of his documents from the school. His application was completed and he had the two photos now required for any visa. So the officer looked at him and said, ‘You have been learning Thai for six years already. Is that right?’ The answer was yes so the officer looked at a nearby fish tank and said in Thai, ‘The big fish eat the little fish.” The foreigner looked at him without a clue. The officer smiled and picked up a big red stamp and stamped “CANCELLED” on the remaining portion of the current visa and told the fellow he would not again receive an Education visa,” Barry reported.

The Deputy Director of the Thailand Ministry of Education recently summoned all language schools’ owners in Pattaya along with senior Chonburi Immigration Police Investigators to address this issue and notify the schools of the crackdown.

“Now any school found to be selling the Education visa simply to allow the foreigner to stay in Thailand and not attending the school will be closed down and lose their license. All of the school’s students, whether attending or not, will have their visas cancelled,” the representative of the Ministry of Education stated.

Going to school and learning Thai is one option for people to “long stay” in the Kingdom without having to constantly do “border runs.” It is especially popular with those who can self-fund themselves living here and do not need to work but are not yet 50 years of age thus not being able to qualify for a Retirement Visa. A Pattaya Times undercover investigation has discovered that some schools are selling discounted “courses” where the “student” pays a reduced fee that gets them a visa but they have no intention of ever attending a class.

The education department in very strong language asked the particular school if they thought the education department was foolish and if they do not keep records. In the last three months this school had new sign ups of 80 students and was asked where they sit their students and where are the three extra classrooms they would require to cope with this over capacity. Even if the school opened all night they still would not be able to facilitate all the students.

It has also come to the notice of the Education Department that a lot of schools are using teachers to teach Thai who are not educated to Degree standard and they have warned this must stop.
Pol. Capt. Samruai Sa-Mann from Chonburi Immigration police then told all the schools that five foreign nationals are now working undercover on behalf of immigration trying to buy the visa from schools without attending classes.

He added, the schools will be prosecuted if the undercover investigators gather evidence of such practices.

They are also to investigate visa shops who are offering the Ed Visa and law firms who offer the Ed Visa as it is only registered schools who can offer these visas, Deputy Inspector Samruai said.
The Police Captain also added that it had also come to his attention that some schools were using foreign nationals teaching without work permits. Recently two Pattaya schools have been raided by his officers.

“If we catch teachers working in schools without a work permit, we will recommend to the Education Department that these offending schools should be closed. We will also be calling all people who advertise language lessons with a visa. We will book some lessons and on arrival we will be asking for work permits of people who we believe are working without work permits,” said Pol. Capt. Samruai Sa-Mann from Chonburi Immigration.