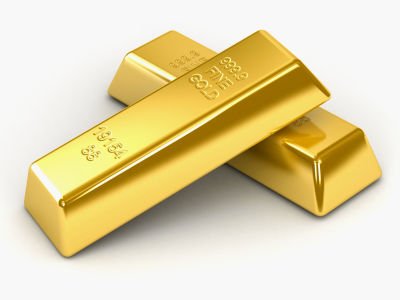 Local price tops B25,000 for first time. As stock markets continued their sharp decline, world gold prices soared to a record $1,779 an ounce yesterday and local prices broke the 25,000-baht barrier for the first time as investors sought safer places to park their cash.

The domestic gold price may hit 26,000 baht per baht weight (15.16 grammes) in the short term, said Thipa Navawattanasap, the president of YLG Bullion and Futures.

Technical factors indicate that if the world price stays above $1,768, it may climb further to $1,850, said Ms Thipa.

“The market is waiting for the Federal Open Market Committee to decide whether US interest rates will remain low or whether the Fed will start a third round of money printing,” she said, referring to the US central bank’s stimulus programme known as quantitative easing.

“That will further shake gold prices. For nighttime trading [on the Thailand Futures Exchange] it is possible they will move in a wide range of $100.”

Local prices as a result could move in a range of 1,000 baht, she added.

While some Asian markets briefly recouped earlier losses because of strong fundamentals, the SET index plunged for a second day in a row, closing yesterday at 1,042.54, down 35.65 points from the previous day, in heavy turnover worth 63.6 billion baht. Foreign investors were net sellers of 8.99 billion baht worth of shares. Brokers were net buyers of 756.28 million and local institutions net sellers of 1.7 billion baht.

However, Thai retail investors were net buyers of 9.95 billion baht.

“There has been a significant cash inflow into our equity funds in the past few days,” said Petcharat Powattanasatien, head of the equity fund management department at K-Asset, which oversees about 690 billion baht in assets. “They view most share prices are very attractive after the big drop.”

Since early August, foreigners have been net sellers of 11.96 billion baht, but for the year to date they have a net-buy position of 11.23 billion.

“Global stock markets have shown high volatility. The US rating downgrade by S&P and commentary about its political issues are new factors that have made investors worry that its ability to solve economic problems will be less effective,” said Veerathai Santiprabhob, the SET’s chief strategy officer.

Dr Veerathai said, however, that the current panic was not as severe as in 2008. Supported by strong economic fundamentals, emerging countries including Thailand are expected to see more funds migrating from the high-risk EU and US.

“Also, the financial status of listed companies at present is much stronger than at the time of sub-prime crisis,” he added.

The Bank of Thailand, however, has a greater concern that the worsening fiscal crisis in the US would lead to a recession, according to governor Prasarn Trairatvorakul.

“The problem in the US now focuses on public finance, unlike in 2008 when the private sector was at the centre of the storm. There was a short-term shock in the financial market back then. But the problem now is difficult to resolve,” he said.

“It could make the US economy stagnate for a long period of time. In other words, there’s a greater chance that the US will slip to a recession.”

Dr Prasarn said the central bank would assess its balance between growth and inflation at the next Monetary Policy Committee on Aug 23.

He said the baht had stabilised on the back of balanced trade, without intervention. Although there have been sharp sell-offs of equities and bonds, there have not been significant capital outflows.

“The baht has not moved too rapidly since the downgrade, as the market had priced in the possibility,” he said.