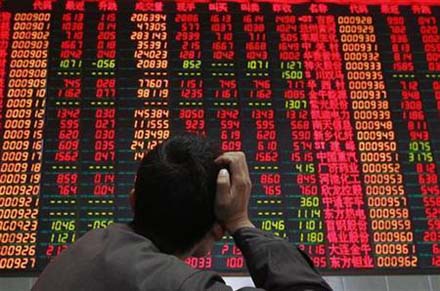 The turmoil in global financial markets and fears of recession in Europe and the United States may scare investors away from Thailand and other developing countries, which need capital to boost their economies, Finance Minister Thirachai Phuvanatnaranubala said yesterday.

“I’m more worried about abrupt capital inflows and outflows than the impact of an export slowdown,” he told reporters in a teleconference from Washington.

Thirachai attended the annual meeting of the International Monetary Fund (IMF) and World Bank from Thursday to Saturday. Participants discussed measures to tackle the threats to the global economy posed by the sovereign debt crisis in Europe and the weakening of the US economy.

The IMF, World Bank and policy makers worldwide are concerned about the state of the European and US economies, which are struggling with huge public, bank and household debts, Thirachai said.

“We are worried that the repercussions will create a crisis of confidence, and spook international bankers away from lending to developing countries, as rumours of bank insolvencies continue to dampen market confidence,” he said.

“I’m more concerned about high volatility in financial markets than the impacts on Thailand’s exports. [Lack of investment] is analogous to running of out oxygen; it kills instantly, whereas a slowdown in exports is like running out of food,” the finance minister said.

Thirachai was referring to fears of sudden capital outflows and a sharp decline of the baht and other Asian currencies against the US dollar as investors sell off shares worldwide. The Stock Exchange of Thailand’s composite index plunged 3.27 per cent on Friday, with foreign investors turning net sellers to the tune of Bt15.8 billion. The baht recently moved close to Bt31 to the dollar, down from the Bt30 level.

But Thirachai also expressed hope that the turbulence would be short-term, and that Thailand would not be badly affected if world leaders can come up with effective measures.

“The Bank of Thailand is the first line of defence against financial market turbulence, and international bankers still have confidence in Southeast Asia’s potential,” he said.

He said developing economies – particularly those dependent on exports – had been advised to boost domestic consumption and investment in order to lessen the impact of an expected slowdown in exports. “We will look at our tax revenue before we consider boosting spending on investment,” Thirachai replied when asked whether the government would launch a supplementary mid-year budget.

The government is currently drafting a Budget Bill for fiscal 2012. It plans to spend Bt2.33 trillion, against projected revenue of Bt1.98 trillion, resulting in a deficit of Bt350 billion.

Thirachai said he had been asked to explain to the World Bank its rice-pledging policy, which is designed to boost the price of the commodity.

He told the bank that the government needs to increase farmers’ income, which is an important factor in food production. He said the bank expressed concern over expected higher food prices, and the possibility that extreme weather conditions are affecting food production. The bank will next year issue guidelines on food security for members to implement, he said.

Meanwhile, finance ministers of Asean countries have approved the launch of an infrastructure fund worth about $500 million (Bt15 billion), Thirachai said. “All members except Thailand have inked the agreement, but we need to seek parliamentary approval of our contribution of $15 million,” he said.