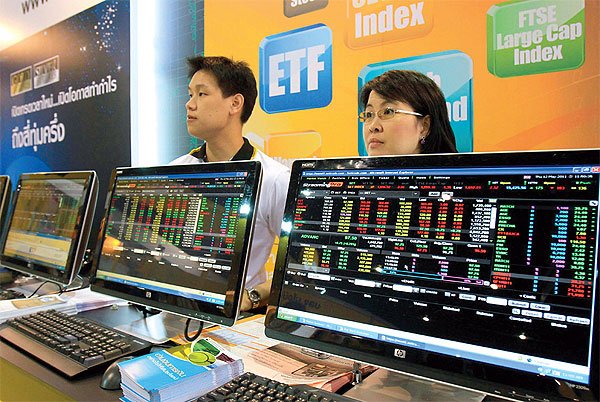 Returns from the Stock Exchange of Thailand have been higher than for commodities such as oil and farm products. However, since the SET index has reached 1,100 points, many investors are wondering what they should do now.

Teeranat Rujiethapass, managing director of Tisco Asset Management, said the SET was still supported by strong fundamentals. However, with a price-to-earnings ratio of around 13-14 times, it would be a good idea for investors to diversify some holdings to foreign markets, particularly China and US where valuations are cheaper.

“The US is showing signs that private consumption is starting to gain a foothold in major advanced economies. The Fed statement in March indicated that the economic recovery is proceeding at a moderate pace and overall conditions in the labour market are improving gradually,” said Somprawin Manprasert, an adviser with Tisco Research Group.

Mr Somprawin said the four engines of the US economy _ retail sales, employment, real private consumption, and real gross fixed investment _ had now recovered and were driving the economy dynamically.

“There has been concern about inflation. But the country has high potential economic growth. The economic structure is switching to one driven by domestic consumption instead of exports. Its stock markets are trading at a lower price compared to Thailand,” he said.

At present, China H shares are trading at a P/E of around 10.5 times while the SET is at 13-14 times. Thus, upside gains from the domestic stock market will become narrower.

Mr Teeranat said both China and US markets were attractive but with different stories. The US is like a blue-chip share with high expected earnings growth and regular returns, while China is like a high-beta stock, implying more volatility but also the capability to rise by 30-40%.

For the first four months of this year, China’s market has gained around 4%, he added.