Bangkok has the most office space of ASEAN cities 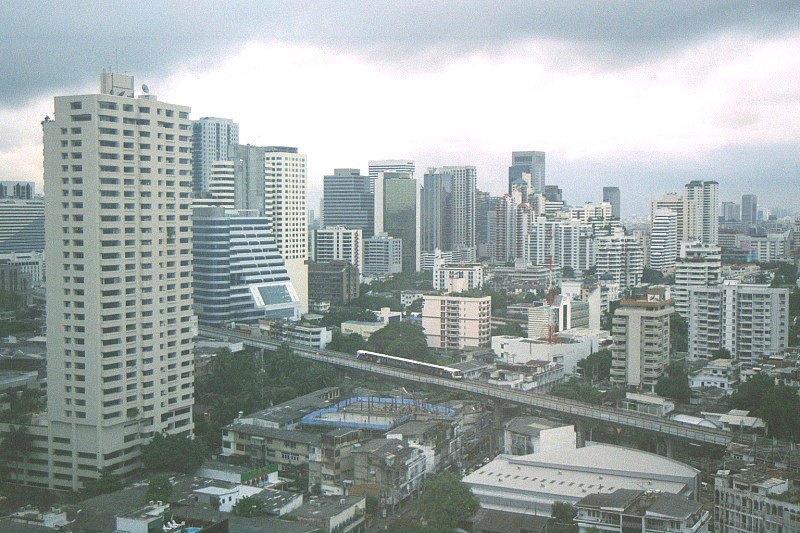 Bangkok contains the most office space of any ASEAN city, including Singapore, according to research by Colliers International throughout Asia Pacific.

Tokyo contains by far the greatest amount of space in Asia as a whole with around 10 times the amount as Bangkok.

The company’s managing director Patima Jeerapaet said that Bangkok’s strong position is a springboard for the city to benefit from the ASEAN Economic Community (AEC) in 2015. He said: “The service sector will be a key factor in the changes that will occur in 2015 and the fact that there is a significant amount of office space already and potential for more is a huge advantage for the city.”

The recent research shows that Bangkok has around 7,900,000 sqm compared to Singapore’s seven million. The other cities of Manila, Jakarta and Kuala Lumpur are further behind but not by much, according to Antony Picon, Associate Director for Research at Colliers. Most of the supply in Bangkok occurred in the 1990′s. “Other cities are catching up but opening up the service sector in Thailand should lead to the next wave of office development,” he added.

Picon also explained that commercial activity in Thailand was centralized in Bangkok while in other countries it was more dispersed. “In Philippines there is a large office market in Cebu, Indonesia has Surabaya, Malaysia has Penang and Vietnam has an additional office market in Hanoi and Danang; in Thailand it is limited to Bangkok”.

One of the key components of the AEC is the allowance for 70 per cent ASEAN foreign equity participation in all domestic service industries by 2015.

“It takes time for companies to really pay attention to the changes and make plans for benefiting from this,” said Picon. “Thailand has many service sectors that can compete in the region such as architecture and IT but companies must hone the skills of their employees to become true regional champions. Language skills will be a key factor in all types of business in the future and this is one area that Thailand must move forward on.”

He also pointed out that the danger for Thailand is the wish to have greater protection from non-ASEAN companies using the AEC to further penetrate the market. “The more protectionist clothing you wrap yourself in, the weaker you become,” he said.

Meanwhile, Patima recognised the great potential for Bangkok to be a key service sector provider in the coming decades. He believed that concerted action by both private and public sectors should take place as soon as possible to ensure that 2015 will be a positive for the country.

“If this happens then we will see a renaissance of the office market in the second half of the decade and Bangkok will continue to lead the way”, he concluded.