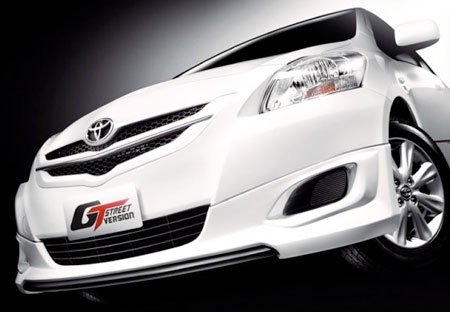 Although major auto-makers are expecting increased sales thanks to the government’s first-car buyer scheme, they are also considering adjusting product line-ups in order to avoid price cannibalism among models.

Meanwhile, Excise Department director-general Pongpanu Svetarundra yesterday said the cost of the tax rebates on offer under the scheme could exceed Bt30 billion, in which case the agency would seek an additional budget from the government.  The measure, which starts tomorrow and runs until the end of next year, is targeted at making it easier for first-time buyers to own a vehicle, as well as boosting sales for the automobile industry by waiving the excise duty on models that meet the scheme’s criteria.  Qualifying models are locally assembled passenger cars with an engine displacement of no more than 1,500cc, and pickups of any engine size – single, extended and double-cab versions.

However, the retail price of the vehicle must not exceed Bt1 million.  Auto executives say this will boost sales of models that meet the scheme’s requirements, which are mainly 1.5-litre subcompacts and eco-cars.  At the same time, however, sales of other models with larger engine displacements could be affected as customers opt for smaller models due to the tax benefits.  For example, potential buyers of an entry-level Honda Civic, priced at Bt754,000, may instead decide to downgrade to a top City model, costing Bt694,000, due to the Bt100,000 tax rebate available on the latter.  “On the other hand, potential buyers of an eco-car like the Brio may decide to go upmarket and purchase the City instead, since they can get a larger tax refund,” said Pitak Pruettisarikorn, executive vice president of Honda Automobile (Thailand) and director of Asian Honda Motor, the Japanese maker’s Asia and Oceania regional headquarters.

The Brio is priced from Bt399,000 to Bt508,500 and tax refunds on purchases are expected to be much lower than Bt100,000, since it is subject to only 17-per-cent excise duty. However, buyers of the City under the scheme will receive a Bt100,000 rebate due to the 25-per-cent duty on the car.  Pitak said auto companies would have to carefully study consumer behaviour as well as adjust model line-ups so that each model, especially those that do not qualify for the scheme, remain competitive.  While passenger cars that fit the requirements are priced no higher than Bt719,000 – the cost of a Ford Fiesta – there are pickup models that are priced much closer to the Bt1-million limit, such as the Toyota Hilux Vigo Double Cab 4×4 (Bt981,000). The excise duty on double-cab pickups is 12 per cent.  Nissan, the other manufacturer currently with an eco-car, was unable to quote the exact tax rebate for the March at press time yesterday.  “We’ll have to calculate the tax once again, since there are many other factors involved,” a company executive said.

The excise rate for each vehicle category is as follows: passenger cars with E20 capability, 25 per cent; eco-cars, 17 per cent; two-door pickups, 3 per cent; and four-door (double-cab) pickups, 12 per cent.  With eligible buyers having to make a purchase before the end of next year, committing to a booking will be considered as a buying contract.  The Toyota Vios, Toyota Yaris, Honda City, Honda Jazz, Nissan March and other passenger cars with an engine size not over 1,500cc will benefit from the scheme.  Single, extended and double-cab pickups – none of which is subject to the cylinder-capacity limit – are also covered, providing they do not cost more than Bt1 million.  Buyers will get tax rebates after holding their vehicle for a year, and cannot resell in the first five years. The tax rebate is a one-off payment for each buyer.  The exact excise duty to be returned will vary from model to model, and will be announced by the Excise Department tomorrow on its www.excise.go.th website, said a Honda spokesperson.

However, some first-time buyers who know they cannot keep up repayments for a new car may exploit the tax rebate of Bt100,000, Deputy Finance Minister Boonsong Teriyaphirom conceded.  “There may be some people who take advantage of the scheme knowing that they don’t have enough money to pay for a new car,” he said.  For this reason, Boonsong and senior tax officials yesterday briefed carmakers and financiers about the scheme, stressing that the government would go after those who take the rebate and then stop paying monthly instalments under a hire-purchase contract.  “Under the scheme, car buyers could get as much as Bt100,000 by way of a rebate and the government will pay directly to the buyers, not to auto lenders,” said Boonsong.

Meanwhile, there is concern that the sale of cars with a capacity of 1,600cc, which are priced slightly above those with 1,500cc engines, will be hit hard, said Chalit Silpsrikul, vice executive president of Tisco Bank and representative of the Thai Hire Purchase Association.  He said that if the government were to pay the refund to auto lenders instead of to buyers, they could then offer zero down payments, which would likely boost vehicle sales sharply.  Chalit is also worried that some buyers may take advantage of the scheme by stopping loan repayments after they receive the refund. “They may lose a little money, but they could use the car for at least a year,” he said.  The Excise Department will put the details of all models, tax rates and rebates on its website from tomorrow, said Pongpanu.