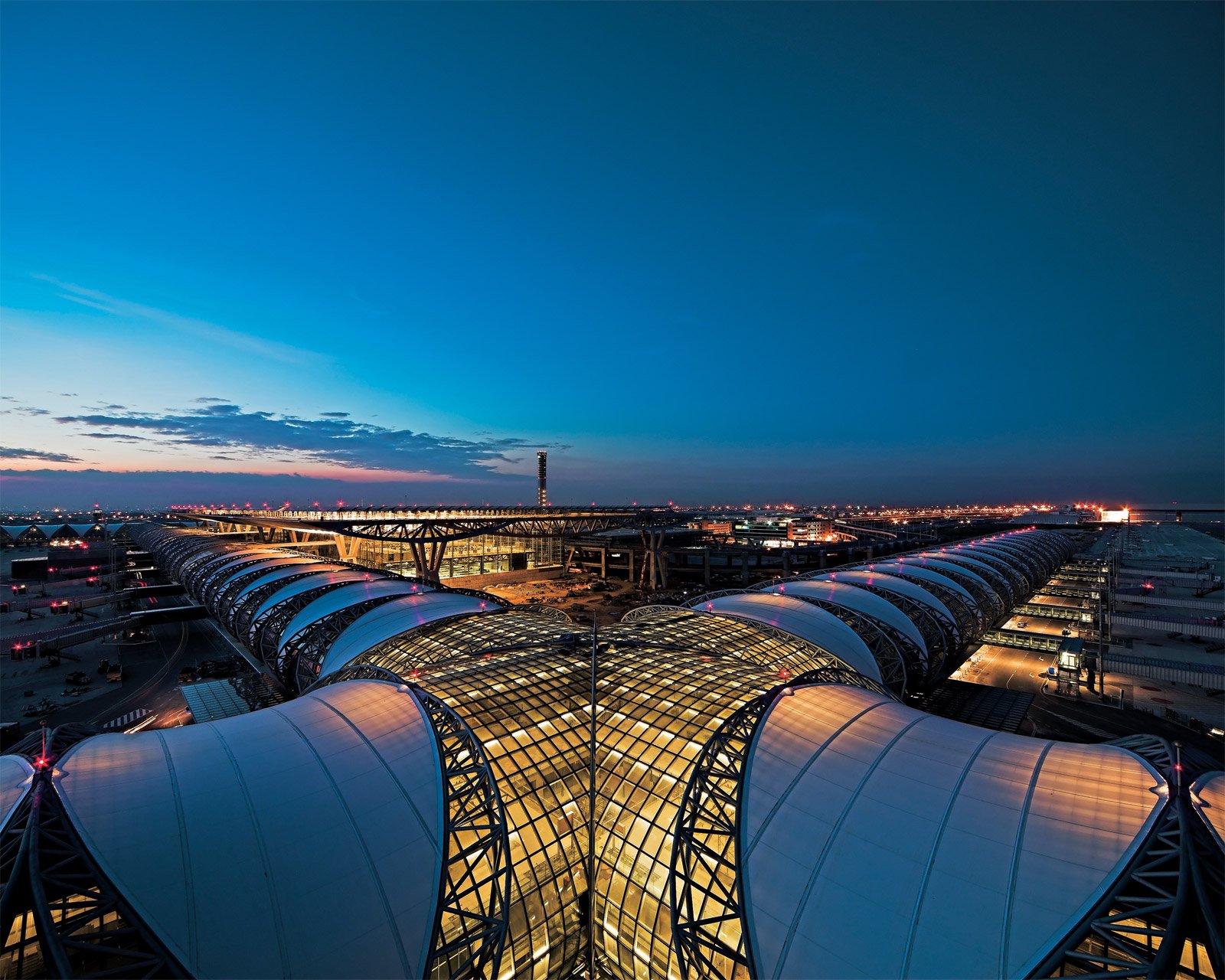 Security checkpoints at Suvarnabhumi are undergoing dramatic changes under a 155-million-baht makeover designed to remove the bottlenecks choking traffic at one of Asia’s busiest airports.

When construction of the new “centralised security screen checkpoints” is completed in March of next year, security screening for outgoing passengers will get a significant boost.

The service area will more than triple to 3,600 square metres from 1,020 currently, and the number of X-ray machines will nearly double to 30 from 16 now, thus enabling 7,200 passengers per hour to be processed, up from 3,840 at present.

The new checkpoints are part of facilities and measures being adopted to more immediately address the crowding at Suvarnabhumi, which was designed to process 45 million passengers a year but will probably hit 47 million this year.

Airports of Thailand Plc (AoT) is struggling to remove bottlenecks and streamline its operations, as the airport’s delayed expansion has yet to begin.

“These are short-term measures taken to enable us to cope with rising congestion until the expansion is ready in the next several years, ” said AoT’s acting president Nirandra Theeranartsin. “That is the best we can do now.”

The Suvarnabhumi expansion has faced obstacles, but AoT is pushing to fast-track the construction of a new domestic terminal with the capacity to handle 20 million passengers a year at an estimated cost of 9.2 billion baht.

AoT hopes to kick off the project next year for completion in five years, as the larger phase-two master plan _ estimated at 62 billion baht, which would raise the airport’s capacity to 65 million passengers a year _ is subject to a review.

The new facilities will be built on double-deck steel structures rising 5.6 metres in the check-in/departure hall on the terminal’s fourth floor, above the current passport control counters.

The upper floor of the new structures, accessed by escalators, is dedicated to security screening. Upon completing screening, checked passengers will head down to the lower floor on escalators for passport control.

That flow is a reversal from the current procedure, in which passengers first pass through the immigration lines before entering the security screening zones, a pattern regarded as less efficient.

The new checkpoints, one located on the airport’s eastern wing and the other on its western side, will be clearly visible on the fourth floor.

They will be equipped with “smart queue” systems with real-time read-outs of the passenger being processed and the wait time for a passenger to be screened. AoT aims to have one new checkpoint online by year-end.